Want to find out the how accurate our predictions were? Check out our review of 2018, and discover the trends for 2019 in our latest blog.

Here are the science trends to look out for this year…

2017 saw some major breakthroughs in science and innovation. From pinpoint gene editing, to blockchain technology, to cosmic convergence, when it comes to science we are quickly moving towards a bigger, brighter future.

But we believe that 2018 could be even more promising. Here are five science trends in 2018 that could change the way we live, and the world around us…

1. 3D Printing in Medicine: The Rise of the Chemputer

The pharmaceutical and biotech industry has over recent years failed to change the way in which it manufactures drugs. The same production and synthesis methods have been used for decades, but with the rise of chemical printers, 2018 could be the year in which we see huge advances in biomedical engineering.

Professor Lee Cronin of Glasgow University is the inventor of the chemputer — a 3D printer for pharmaceutical use. By inputting formulaic quantities of chemicals, the chemputer can quickly produce almost any prescription drug, exceptionally accurately. Not only will it speed up the way in which conventional drugs are manufactured, chemical printers will also allow drugs to be tailored to each individual’s needs — escaping the one size fits all approach to pharmaceutical engineering. Every illness can be treated far more accurately than previously possible.

With the digital health industry increasing 25% annually, and individual needs changing every year, the opportunities that the chemputer and other forms of 3D printing in medicine could change the industry, and ultimately help vast swathes of the population live longer, more fulfilled lives. 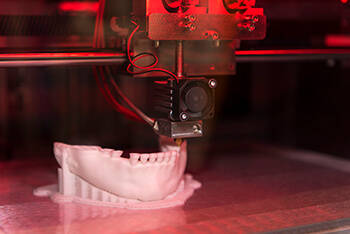 2. E-Health and Ehealthcare to finally fulfil their potential

Whilst eHealth and eHealthcare have made massive steps forward over recent years, as a sector it is yet to reach its true potential. From the pedometer, to Fitbit, to the latest diet, fitness and doctor apps, our passion and drive to be healthy has led to a market influx of health-related products and software. But it still has plenty more to offer, and there are still a lot of people yet to experience their benefits.

Health International’s report on eHealth found that 73% of people across the EU have yet to use a health app. Despite this, there is clear potential for growth, with almost two-thirds of people currently not using a health app suggesting that they would consider doing so in the future. 2018 could be the year in which health apps are more widely used. Despite common concerns about where the data from these apps is stored, the report also suggested 71% of those questioned would be more than happy to share their data if it was to benefit their health.

With apps such as Strava, Mealpal, Glow and Headspace offering solutions to everything from fitness, nutrition, personal training, fertility, to mental health, there really is a health app that everyone can benefit from. You can even get medical advice from Push Doctor and Babylon Health. In 2018, our phones might not be so bad for us after all. 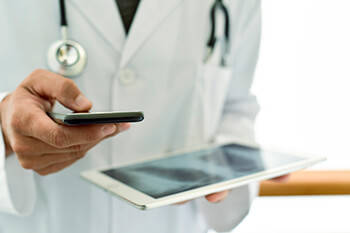 3. Fake Meat and Lab Grown Meat: Here to Save the Planet

With the rise of vegetarianism and veganism in the UK, and documentaries such as Cowspiracy making people more aware of the environmental impact of meat production, is 2018 the year in which we see more lab grown meat, in-vitro meat and high quality artificial meat on our supermarket shelves?

As with any of the latest tech, lab grown meat and cultured plant-based meat finds their home in San Francisco. Nestled between Uber, Airbnb and Apple, the very best scientists and tech entrepreneurs are working on projects that could feed the world of the future. The biggest of which is Beyond Meat. Taking plant proteins that replace common meats like chicken and beef (beetroot protein is even used to replicate blood in lab burgers), Beyond Meat’s range has impressed foodies worldwide with its distinct meatiness — with some unable to tell the difference in blind tests.

Whilst this all sounds like something from a dystopian Frankenstein remake, it could massively reduce the environmental impact that eating meat has. It could also satiate the increasing demand for meat in developing nations. And with significant investment backing huge scaling efforts at startups like Beyond Meat, Selden, and Finless Foods, the way we eat meat and fish could be about to change. Little wonder that China recently invested $300m in cultured meat production in Israel. 2018 is the year the way we eat could drastically change.

4. Biosimilars: To Hype or Not to Hype

In the pharmaceutical sphere, there was plenty of hype around biosimilars in 2017. But with doubts around regulation, safety, and whether we’ll be able to access them at all in the UK after the Brexit deal, will 2018 be the year in which they break through into the mainstream?

The main reasons for introducing biosimilars into the market is fairly obvious: cheaper drugs. Biosimilars treat serious conditions such as autoimmune diseases, cancers, and diabetes — drugs that are on the whole very expensive. Biosimilar manufacturers sell at lower prices due to reduced research and development costs, meaning the NHS could have greater access to drugs normally expensive. Good for NHS budgets, good for patients living with chronic diseases.

In terms of safety, the European Medicine Agency suggest that ‘of more than 30 biosimilars approved by the EU to date, none has been withdrawn or suspended for reasons of safety or efficacy.’ 2016 estimates also suggest that savings in the EU and US combined could exceed €50 billion by 2022. All in all, there seems little reason to doubt the positive impact biosimilars could have for health and pharmaceutical science. 2018 might just be the year we see more of them in the UK. 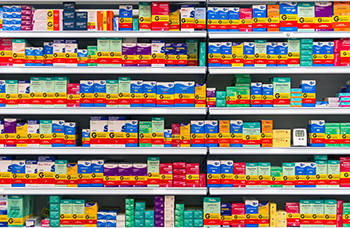 One of the biggest news stories of 2017 was the rise of blockchain technology. Though we usually associate blockchain with the massive rise of Bitcoin and Ethereum as an investment vehicle, it can have great uses within healthcare.

For those wondering: what is blockchain? In simple terms it is an independent and permanent database that exists in multiple locations and is owned by the community of people who use it. Unlike a standard website or database, there is not a single owner, so there is little room for corruption for the data stored on the blockchain.

But how can this be used in healthcare? With so much confidential data held on the NHS system, which could be open to attack, blockchain technology would allow all of that data to be safely stored without the risk of data breaches. All of our records would be safe and secure, and with the technology already widely available, 2018 could be the year in which we wave goodbye to the days of endless filing cabinets and insecure computer systems. With so many advances within the science community, there is plenty of scope for talented candidates to find exciting new roles with forward-thinking companies. 2018 is for this reason an exciting year for science recruitment.

Learn about our specialisms, and apply to the latest jobs.

Want to find out more?

Check out our science page to apply for the latest jobs.