SRG picked its female science stars in support of International Day of Women and Girls in Science and members of the team were photographed holding a specially-prepared poster featuring the name of their most inspirational female scientist.

Managing Director Kelly Morton was particularly keen to get involved: “My choice is Rosalind Franklin, a chemist who made a huge contribution to our understanding of the molecular structures of DNA, RNA, viruses, coal and graphite. But there are countless other hugely talented female scientists who have really led the way in their fields. SRG is very proud to be part of International Day of Women and Girls in Science 2017 and in asking our team to share their picks, we hope to raise awareness of this important global event and to generate productive debate.”

Established in December 2015 as the result of a UN resolution calling for an international day recognising the role of women and girls in science and technology, the initiative aims to promote female participation in education, training and research activities at all levels. The resolution declared 11th February every year as the International Day of Women and Girls in Science.

As Kelly continued, there’s still plenty of work to do: “A study conducted in 14 countries reveals that the probabilities of female students graduating with a Bachelor’s, Master’s and Doctor’s degree in science-related fields are 18%, 8% and 2% respectively, while the percentages for male students are 37%, 18% and 6%. International Day of Women and Girls in Science aims to change this through the full and equal participation of females in science, eliminating gender inequality and empowering women and girls to continue to achieve great things.” 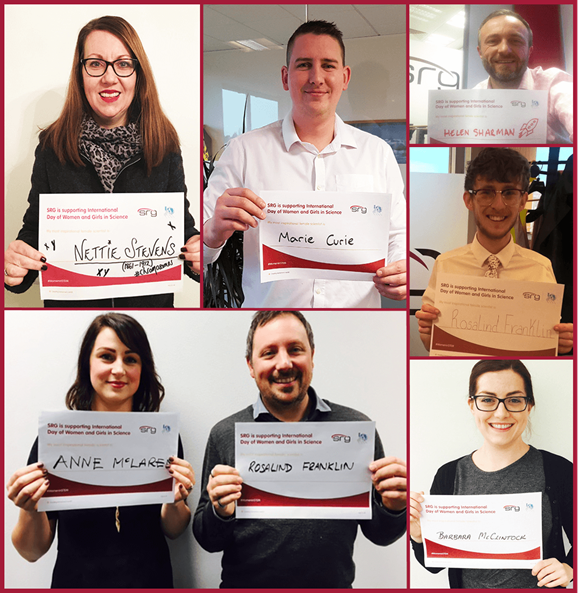